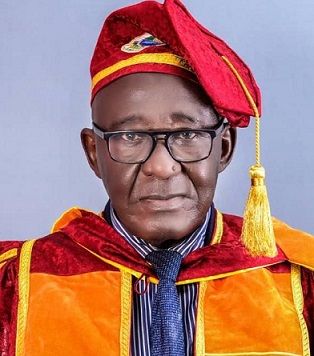 Brief History of the Department

Federal University Otuoke (FUO), is one of nine new Federal Universities established by the Federal Government of Nigeria in February 2011 to give more Nigerians access to tertiary education that can enable them to bring positive changes to society. The university started with 282 pioneer students at the undergraduate level. Then, there were only two Faculties, namely Faculty of Humanities and Social Sciences, and Faculty of Science. The Faculty of Humanities and Social Sciences had two Departments and six programs, and that of Science had three Departments and six programs.

A total of sixty-six (66) students were admitted to start the Electrical/Electronic Engineering undergraduate degree program in the 2016/17 academic session. The mission is to provide state-of-the-art resources that would contribute towards producing competent and disciplined Electrical/Electronic Engineers to achieve excellence in the teaching-learning, research and development activities towards contributing to nation building, energy efficiency needs and progress of humanity.

In February 2021 of the 2020/21 academic session, Electrical/Electronic Engineering became completely separated to run as a full department with Engr. Emeritus Prof. S. A. Adekola (FAS) as the substantive HOD appointed by Prof. T. C. Adias, who assumed duty as the third VC of FUO, in anticipation for the imminent NUC accreditation exercise in April 2021. At this time the Department of Electrical/Electronic Engineering has evolved in capacity to 315 students and already at the 400L with improved student to staff ratio of 1:14.