Department of English and Communication Studies 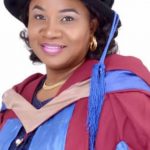 Brief History of the Department

English and Communication Studies was one of the foundation/pioneer programmes established at the founding of the University, and was located under the Departments of Humanities, in the Faculty of Humanities and Social Sciences.

The programme, as it then was, admitted its first set of students in the 2012/2013 academic session with an initial student-population of 23 and graduating its first set in the 2015/2016 academic session. The programmes under the Department of Humanities were unbundled and granted autonomy in February 2015; thus, English and Communication Studies became a full-fledged department in the University following this unbundling exercise.

In all, the Department has graduated 4 sets of students, and has continued to attract both sabbatical and adjunct academic staff to add flavor to its academic life and culture.

While the department has continued to witness admirable consistent growth in the number of both its students and teaching staff, its graduates have continued to be good ambassadors, representing the Department well as have been continually testified by employers’ ratings over the years.